As companies embrace the use of data, hiring more data scientists, a roadblock persists around sharing that data. It requires too much copying and pasting and manual work. Hex, a new startup, wants to change that by providing a way to dispense data across the company in a streamlined and elegant way.

Today, the company announced a $5.5 million seed investment, and also announced that it’s opening up the product from a limited beta to be more widely available. The round was led by Amplify Partners with help from Box Group, XYZ, Data Community Fund, Operator Collective and a variety of individual investors. The company closed the round last July, but is announcing it for the first time today.

Co-founder and CEO Barry McCardel says that it’s clear that companies are becoming more data-driven and hiring data scientists and analysts at a rapid pace, but there is an issue around data sharing, one that he and his co-founders experienced first-hand when they were working at Palantir.

They decided to develop a purpose-built tool for sharing data with other parts of the organization that are less analytically technical than the data science team working with these data sets. “What we do is we make it very easy for data scientists to connect to their data, analyze and explore it in notebooks. […] And then they can share their work as interactive data apps that anyone else can use,” McCardel explained.

Most data scientists work with their data in online notebooks like Jupyter where they can build SQL queries and enter Python code to organize it, chart it, and so forth. What Hex is doing is creating this super-charged notebook that lets you pull a data set from Snowflake or Amazon Redshift, work with and format the data in an easy way, then drag and drop components from the notebook page — maybe a chart or a data set — and very quickly build a kind of app that you can share with others. 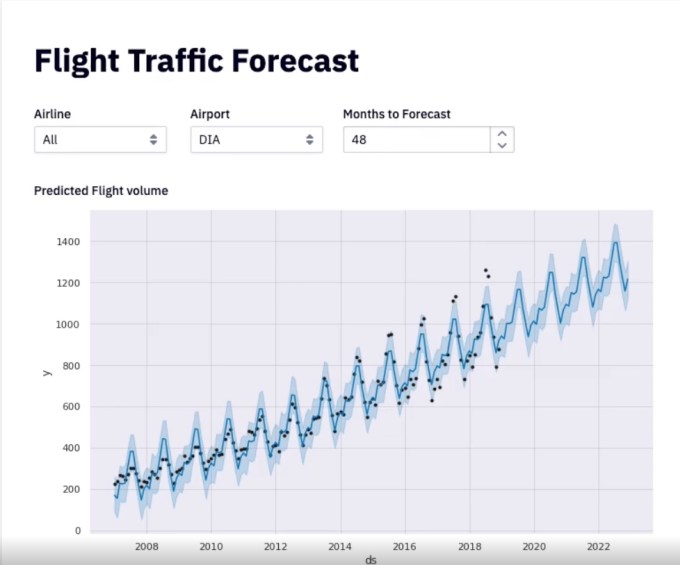 The startup has 9 employees including co-founders McCardel, CTO Caitlin Colgrove and VP of architecture Glen Takahashi. “We’ve really focused on the team front from an early stage, making sure that we’re building a diverse team. And actually today our engineering team is majority female, which is definitely the first time that that’s ever happened to me,” Colgrove said.

She is also part of a small percentage of female founders. A report last year from Silicon Valley Bank, found that while the number was heading in the right direction, only 28% of US startups have at least one female founder. That was up from 22% in 2017.

The company was founded in late 2019 and the founders spent a good part of last year building the product and working with design partners. They have a small set of paying customers, and are looking to expand that starting today. While customers still need to work with the Hex team for now to get going, the plan is to make the product self-serve some time later this year.