Commercial human spaceflight company Virgin Galactic has unveiled the first ever Spaceship III, the third major iteration of its spacecraft design. The first in this new series is called ‘VSS (Virgin SpaceShip) Imagine,’ and will start ground testing now with the aim of beginning its first glide flights starting this summer. VSS Imagine has a snazzy new external look, including a mirrored wraparound finish that’s designed to reflect the spacecraft’s changing environment as it makes its way from the ground to space — but more importantly, it moves Virgin Galactic closer to achieving the engineering goals it requires to produce a fleet of spacecraft at scale.

I spoke to Virgin Galactic CEO Michael Colglazier about VSS Imagine, and what it represents for the company.

“We can build these at a faster pace,” he explained. “These are still relatively slow, versus what we want in our next class of spaceships. But what we do expect to have here is, we’ve taken all the learnings from [VSS] Unity, and built-in what we need to do so that we can turn these ships at a faster pace, because obviously, the number of flights we can do is the product of how many ships you have, and how quickly you can turn them.”

Unlike Unity, which is the spacecraft that Virgin Galactic first flew in September 2016, and that it ‘s still using in New Mexico now for its testing and commercial launch preparation program, Imagine has a “modular design” that makes it much easier to maintain, and increases the rate at which it can fly subsequent missions. As Colglazier mentioned, there’s still more work to be done in that regard to get the Spaceship design to the point where it’s able to support the company’s target of around 400 flights per year, per individual spaceport, but it’s a big upgrade, and the company is already beginning manufacturing work on a second Spaceship III-class vehicle, ‘VSS Inspire.’ 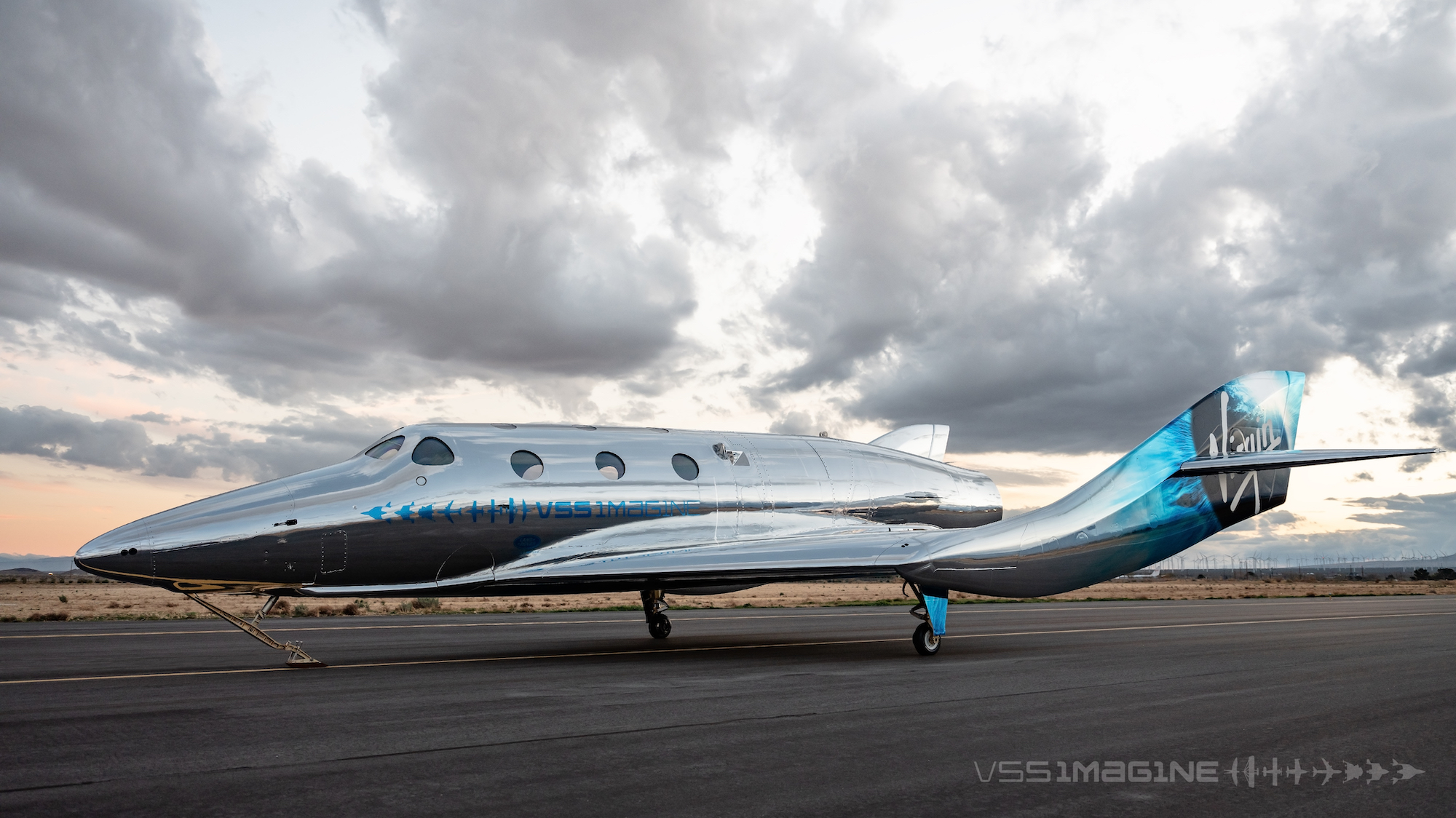 Imagine and Inspire are technical achievements, to be sure, but Colglazier, who came to Virgin Galactic from Disney Parks International in July 2020, also emphasized the importance of this spacecraft debut in terms of the company’s consumer brand.

“What you’re seeing in the images, the choice of the livery, the film that we’ve put out, is a very clear step, as a consumer brand launch, and as we’re stepping in and building that, that will build over the course of the summer as we build up towards Richard [Branson]’s flight,” he said. “Very purposefully, we’ve used these lofty words of ‘democratizing space’ — but space is meant for everyone. It may take a while, just for everyone to get there, but it’s coming. And so this was leading with a very consumer facing, ‘Why are we doing this?’”

In fact, that focus on the consumer side of the business has been a lot of Colglazier’s work over the past eight months since joining the company. He said that the Virgin Galactic he joined had a “world-class team” that had the aerospace pieces completely locked in, but that his particular contribution has been in building up the commercial side of the business to match.

“We’re now bringing some talent in that is used to scaling this kind of a business, so Swami Iyer actually started Monday of last week,” he said. “And when you see a guy like Joe Rohde, who came in on the experience side, there’s no replacement — that’s additive to building out now the shoulders around this experience.”

Iyer joined as President of Aerospace Systems, and brings years of experience in the commercial space and defense industry, across GKN Advanced Defernce Systems, Honeywell Aerospace and more. Rohde, on the other hand, boasts a very different background, as a longtime Disney Imagineer, who joins the company as its first ‘Experience Architect,’ focused squarely on defining what the Virgin Galactic experience is for its astronaut customers, their friends and family, and the broader public, too.

Colglazier said that their vision for what the experience will look like will also be different depending on what part of the world you’re flying from, noting that weather you fly from a spaceport in Europe, Asia, India or Australia should result in something “dramatically different,” even if the spacecraft themselves are all used in the same way as they are in New Mexico. That definitely seems like a logical approach from an executive whose prior experience includes leading Disney’s parks in Burbank, Paris, Hong Kong, Shanghai and Tokyo. 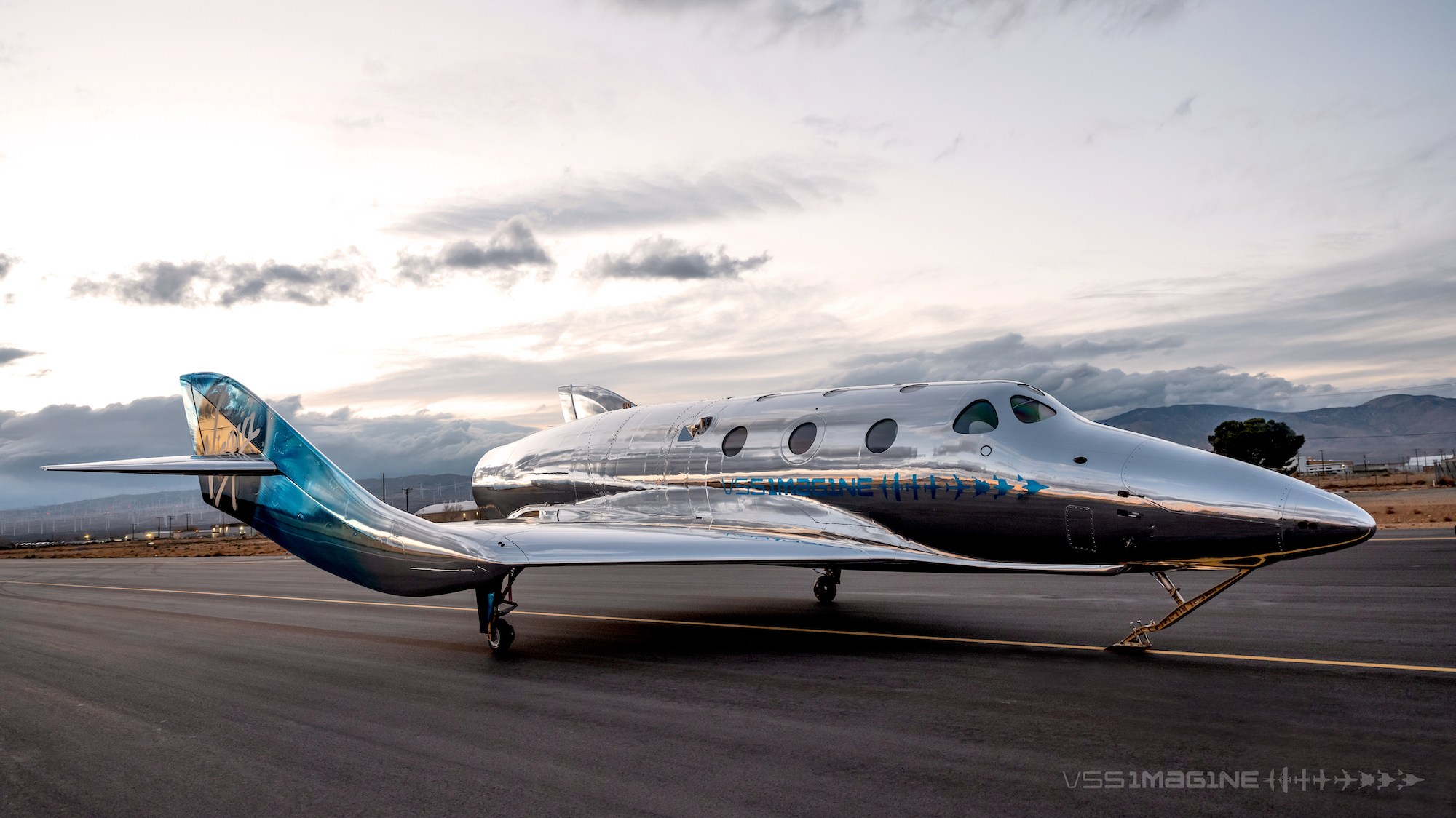 In the end, Colglazier said that the core philosophy Virgin Galactic will pursue in terms of consumer brand will be one focused on inclusion, even if the actual ‘going to space’ part of its offering remains out of reach for most in the short term.

“This is for everyone, it has to be for everyone,” he said. That aspiration may take some number of years to actually be realized, but in the meantime, we have to find a way that our brand and our company can be accessed, that what we do can be accessed by all sorts of people at all different layers of engagement, so we’re going to be very purposeful about that. You’re going to hear us talking mostly about, effectively the apex experience — actually taking the new ships to space. But the ability to tier down out of that is really, really important, and the ability for us to be a brand that’s reaching out to everyone is incredibly important.”

That begins with the approach to this spacecraft debut today, Colglazier says, and is apparent in the tone of the video the company debuted (embedded above) to mark the reveal. And Virgin Galactic also still has 600 passengers booked and waiting for their own flights, so that’s obviously a key focus after Branson’s flight targeted for later this year.

Finally, I asked Colglazier when he himself intends to go up, since he said he definitely plans to when joining the company. Mostly, he said, he doesn’t want to cut in front of any paying customers.

“Okay, there are 600 or so people that are going to be a little ticked at me, if I jumped the line, so I’m going to keep focused at the consumer level,” he said. “But nobody else is in line yet, so I’m gonna get in before anybody else comes in line.” 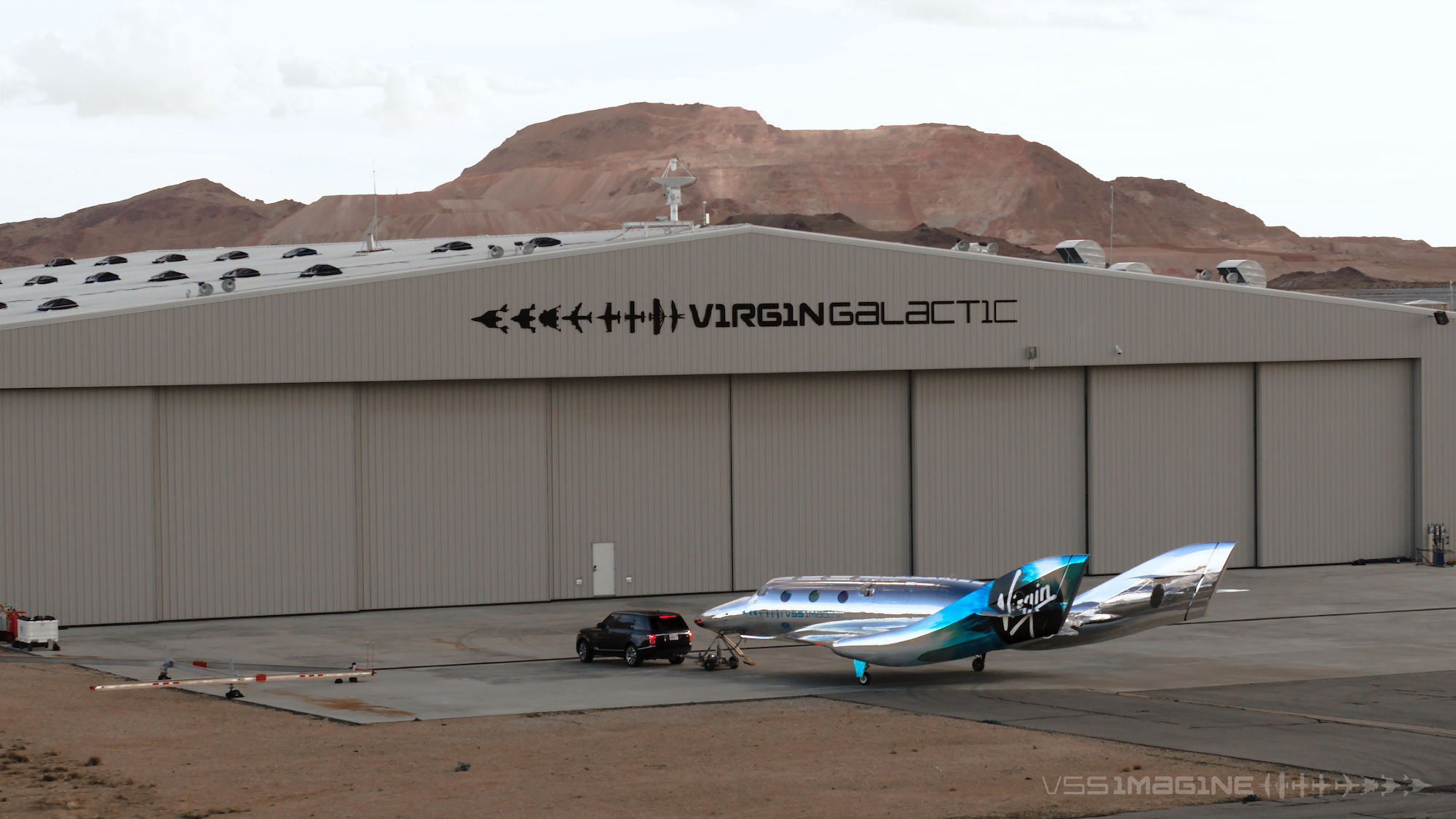