It’s that time again! Today is Demo Day for Y Combinator’s latest accelerator batch — its largest to date, with more than 300 teams getting a minute each to pitch their companies to an audience of investors.

This is the third time YC has held its Demo Day via a Zoom livestream and the second time the entire program was entirely virtual. YC president Geoff Ralston outlined their thinking for this latest batch — and how/why they’ve expanded the program to over 300 companies — in a post this morning.

Want to see all of the companies? YC has a catalog of the entire Winter 2021 batch here (minus those that haven’t publicly launched), filterable by industry and region.

If you don’t have time to skim through it all, we’ve aggregated some of the companies that really managed to catch our eye. This is part one of two, covering our favorites from the companies that launched in the first half of the day.

As Alex Wilhelm put it last time we did one of these, “we’re not investors, so we’re not pretending to sort the unicorns from the goats.” But we do spend a lot of time talking with startups, hearing pitches and telling their stories; if you’re curious about which companies stood out, read on.

Prospa is building a neobank for small companies in Nigeria. The startup charges customers $7 per month and has reached $50,000 in monthly recurring revenue. That’s some pretty darn good traction. We found Prospa notable because Nigeria’s economy and population are rapidly growing, neobanks have succeeded in a number of markets thus far, and the company’s clear business model and early traction stood out.

And Prospa isn’t targeting a small market. It said during its presentation that there are 37 million so-called “microbusinesses” in its target country. That’s a lot of scale to grow into, and it’s really nice to hear from a neobank that isn’t going to merely pray that interchange revenues will eventually stack to the moon. 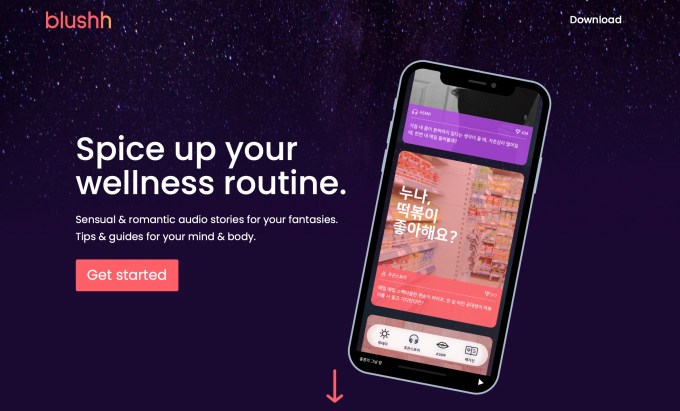 Blushh, built by a team of ex-Google, Amazon, Harvard and BCG professionals, is creating a directory of short, sensual audio stories for women in Asia. The startup believes that there is a massive unmet need for adult content created for women, instead of men, signing up 100 paying subscribers within its first month on the market.

During their pitch, co-founder Soy Hwang said Blushh wants to do for sexual wellness what “Spotify and Audible did for music and audio books.” This startup stands out because it is taking on an untapped market ridden with stigma and lack of innovation. It’s a risk on several levels, and considering the fact that many venture capitalists today still have a “vice” clause that prevents them from investing in sex tech, it will be key to see how Blushh funds itself to keep growing.

The company is building human resources software for companies in Southeast Asia, a market it considers fraught with old software and outdated business processes. The company is doing two things. First, building software to help manage and pay workers. The latter part of its work requires lots of localization, so it’s rolling out more slowly than the rest of its software.

If Southeast Asia is as fertile ground for modern HR software as the United States has been shown to be, BrioHR could find more than enough room to grow. I’m excited to see how far the company can scale its ARR with the round that we recently covered.

Strava walked so Charge Running could, well, run. The startup, founded by a former Navy SEAL, app connoisseur and kinesiology specialist, is an app that offers live virtual running classes. The consumer play is being framed by the team as a “Peloton for running” with motivation and social engagement during the run.