Lidar companies across the planet are going SPAC, but Baraja isn’t in a hurry to go public. The Australian lidar maker has raised a $31M B round to continue the deployment and development of its “unique and ingenious” imaging system, with participation beyond the usual VC suspects.

Baraja’s lidar uses what the company calls SpectrumScan, letting physics do the hard work of directing the light. By passing its laser through a prism, different wavelengths of light go in different directions — and when it comes back, it takes the same path. Actually it’s a bit more complicated than that, but if you’re curious check out my article from CES last year, which lays it out in more detail.

The company hasn’t been lying still since then, even though the most obvious application of lidar — autonomous vehicles — hasn’t exactly taken off in the meantime. As co-founder and CEO Federico Collarte told me back in 2020 of the lidar industry, “if you don’t differentiate, you die.” And Baraja has done so not just with its tech but its approach to the market.

Lidar, it turns out, is actually useful in a lot of industries, but most lidar units contain highly complex mechanical elements that can be affected by heat, cold, and other environmental factors. Not so much Baraja, which has only one moving part (and that very slowly and steadily, somewhere in the optics) and can withstand intense conditions for a long time.

Collarte explained that one of their big customers over the last two years has been the mining industry, and you can imagine why. Creating accurate 3D images of mines is a task that’s incredibly difficult for humans or ordinary cameras, but practically purpose-built for lidar. That is, if the lidar can withstand the heat, cold, and forces found in mining operations. 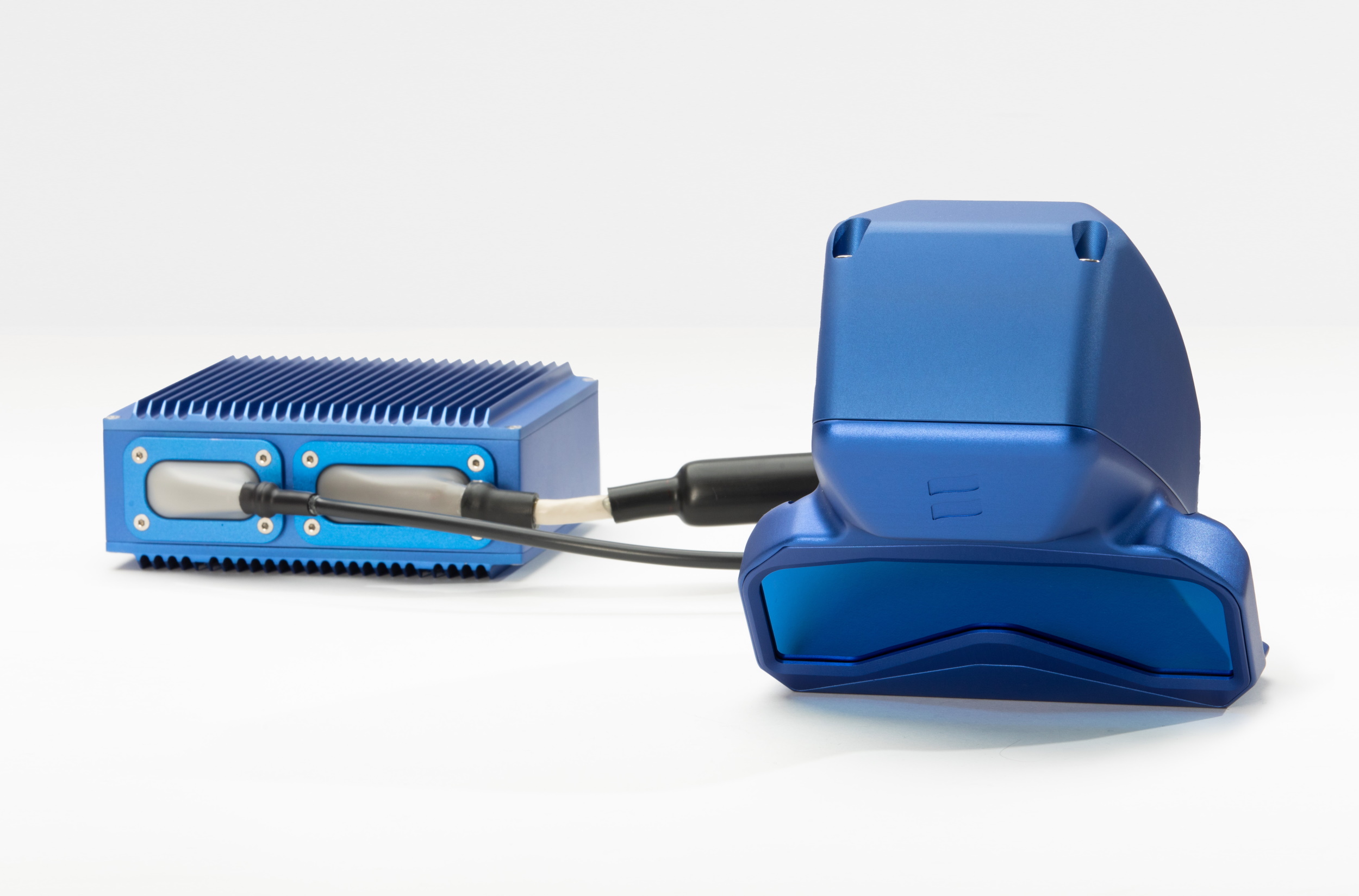 “In mining, the key is reliability and ruggedization,” Collarte said. “We’ve had units in mines in the Australian desert for two years. We had one back for RMA — you saw that our units are painted kind of an electric blue — the paint was totally eroded. It was bare metal, but the thing was still working.”

Because the more sensitive bits, the laser and receiver, can be hidden deep in the body of the machine and connected via fiber optic to the “dumb” lens and prism elements of the head, the device was able to survive years of scorching sands. Not a claim many lidar makers can make!

The partnership with Hitachi Construction Machinery was successful enough that the company decided to invest.

This strategic investment is part of Collarte’s plan to diversify its financial backing. “We’re trying to bring in the type of investors who have a very long timeline — institutional investors,” he said.

Though venture capital is still part of it, he pointed to new investor HESTA, something like a pension fund, as an example of the kind of backer he was looking for in addition to VCs. That said, previous investors Blackbird Ventures (which led) and Main Sequence Ventures returned for this round as well as some new VCs. The $40M Australian amounts to $31M U.S. — slightly less than its $32M U.S. round A in 2018, but it doesn’t feel like a down round.

Collarte emphasized the importance of operating as a business and not just as an extended R&D process.

“If you’re working just on technology, that’s fine, but you won’t have sales and customers today,” he said. “We have revenue and real world applications — we’re exercising those muscles. We’re getting good at customer support, installation, warranty, failure modes — it’s a whole area of the company that needs to be exercised over and above pure R&D.”

In addition to mining, shipping is another area where lidar can be exposed to punishing conditions, he noted, saying that a major Australian port was using Baraja units as part of its push towards autonomy.

But R&D is still a huge part of the company’s plans for the funding. The biggest changes are, in the short term, offering an integrated “one-box” system that some vehicle makers and suppliers may find simpler to work with. And in the long term the fundamental architecture of the system will evolve as well.

“We come from a background in telecom, and they’ve moved from bulk optics [meaning lenses, prisms, and fiber optic bundles] into photonics and integrated circuits. So we’ve always had that in mind,” said CTO and co-founder Cibby Pulikkaseril. “My roadmap is to get these onto chips so that it doesn’t look any different from any other chips in the vehicle.”

Collarte pointed out that while miniaturization is difficult for everyone, it’s especially hard for the scanning mechanism in lidar, which often must be of a certain size and cover a certain arc in order to direct the laser properly. He proudly said they are already well on their way to a solution that is unique to their SpectrumScan method.

The next year, they asserted, will be a major one for Tier 1 suppliers and others racing to level 4 autonomy. Perhaps that’s why so many lidar companies opted to go public via SPAC in the last one. But that’s not the plan for Baraja, at least for now.

“It’s something we’re keeping an eye on,” said Collarte. “But we’re not in a rush.”

In addition to the VCs mentioned above and Hitachi Construction Machinery, the following investors joined the round: Regal Funds Management, Perennial Value Management, and InterValley Ventures.

The Station: The lidar SPAC craze and 10 investors give their mobility predictions