Russ is the co-founder and CEO of DocSend. He was previously a product manager at Facebook, where he arrived via the acquisition of his startup Pursuit.com, and has held roles at Dropbox, Greystripe and Trulia. Follow him here: @rheddleston and @docsend
More posts by this contributor

All successful companies start off as a great idea, scribbled on the back of a cocktail napkin during a late-night meeting of the minds or gleaned from a fleeting inspiration that leaves you with a feeling of “I could do that better.”

For most, that’s as far as entrepreneurship ever goes, because, unfortunately, a great idea can’t raise money, develop a product or disrupt an industry.

It’s only an idea.

Investors’ heightened expectations for monetization potential and a company’s positioning within its competitive landscape are unlikely to lessen in the years to come, even in a post-COVID economy.

New data from the DocSend Startup Index show that for early-stage fundraising, particularly in the pre-seed round, founders need to approach VCs with much more than a great idea to secure funding. Our newest report on the state of pre-seed fundraising shows that investors became laser-focused on sections of the pitch deck that address monetization and business viability — signs that founders need to come to the table with better-defined businesses in order to succeed.

According to the data, overall founder and VC activity took a nosedive in early 2020 once the serious nature of the pandemic became apparent. But as the year progressed and investors adjusted to the new market conditions and remote dealmaking, overall activity quickly surpassed pre-pandemic levels.

Despite this flurry of activity and an unprecedented appetite for new startup pitches, investors made it very clear that strong positioning in three sections of the pitch deck was nonnegotiable. 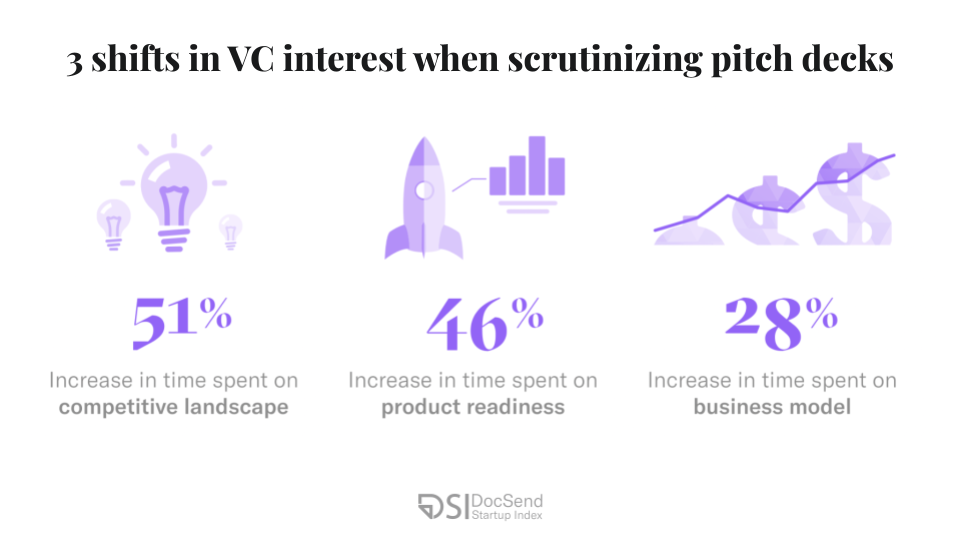