Orca Security, an Israeli cybersecurity startup that offers an agent-less security platform for protecting cloud-based assets, today announced that it has raised a $210 million Series C round at a $1.2 billion valuation. The round was led by Alphabet’s independent growth fund CapitalG and Redpoint Ventures. Existing investors GGV Capital, ICONIQ Growth and angel syndicate Silicon Valley CISO Investment also participated. YL Ventures, which led Orca’s seed round and participated in previous rounds, is not participating in this round — and it’s worth noting that the firm recently sold its stake in Axonius after that company reached unicorn status.

If all of this sounds familiar, that may be because Orca only raised its $55 million Series B round in December, after it announced its $20.5 million Series A round in May. That’s a lot of funding rounds in a short amount of time, but something we’ve been seeing more often in the last year or so. 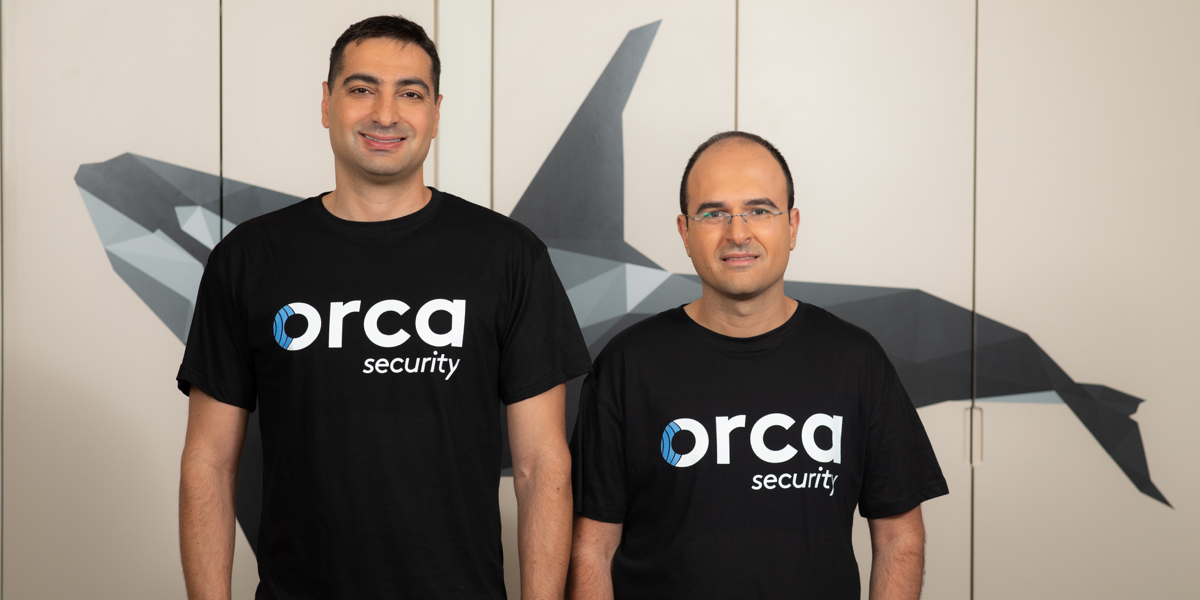 As Orca co-founder and CEO Avi Shua told me, the company is seeing impressive growth and it — and its investors — want to capitalize on this. The company ended last year beating its own forecast from a few months before, which he noted was already aggressive, by more than 50%. Its current slate of customers includes Robinhood, Databricks, Unity, Live Oak Bank, Lemonade and BeyondTrust.

“We are growing at an unprecedented speed,” Shua said. “We were 20-something people last year. We are now closer to a hundred and we are going to double that by the end of the year. And yes, we’re using this funding to accelerate on every front, from dramatically increasing the product organization to add more capabilities to our platform, for post-breach capabilities, for identity access management and many other areas. And, of course, to increase our go-to-market activities.”

Shua argues that most current cloud security tools don’t really work in this new environment. Many, because they are driven by metadata, can only detect a small fraction of the risks, and agent-based solutions may take months to deploy and still not cover a business’ entire cloud estate. The promise of Orca Security is that it can not only cover a company’s entire range of cloud assets but that it is also able to help security teams prioritize the risks they need to focus on. It does so by using what the company calls its “SideScanning” technology, which allows it to map out a company’s entire cloud environment and file systems.

“Almost all tools are essentially just looking at discrete risk trees and not the forest. The risk is not just about how pickable the lock is, it’s also where the lock resides and what’s inside the box. But most tools just look at the issues themselves and prioritize the most pickable lock, ignoring the business impact and exposure — and we change that.”

It’s no secret that there isn’t a lot of love lost between Orca and some of its competitors. Last year, Palo Alto Networks sent Orca Security a sternly worded letter (PDF) to stop it from comparing the two services. Shua was not amused at the time and decided to fight it. “I completely believe there is space in the markets for many vendors, and they’ve created a lot of great products. But I think the thing that simply cannot be overlooked, is a large company that simply tries to silence competition. This is something that I believe is counterproductive to the industry. It tries to harm competition, it’s illegal, it’s unconstitutional. You can’t use lawyers to take your competitors out of the media.”

Currently, though, it doesn’t look like Orca needs to worry too much about the competition. As GGV Capital managing partner Glenn Solomon told me, as the company continues to grow and bring in new customers — and learn from the data it pulls in from them — it is also able to improve its technology.

2020 was a record year for Israel’s security startup ecosystem

“Because of the novel technology that Avi and [Orca Security co-founder and CPO] Gil [Geron] have developed — and that Orca is now based on — they see so much. They’re just discovering more and more ways and have more and more plans to continue to expand the value that Orca is going to provide to customers. They sit in a very good spot to be able to continue to leverage information that they have and help DevOps teams and security teams really execute on good hygiene in every imaginable way going forward. I’m super excited about that future.”

As for this funding round, Shua noted that he found CapitalG to be a “huge believer” in this space and an investor that is looking to invest into the company for the long run (and not just trying to make a quick buck). The fact that CapitalG is associated with Alphabet was obviously also a draw.

“Being associated with Alphabet, which is one of the three major cloud providers, allowed us to strengthen the relationship, which is definitely a benefit for Orca,” he said. “During the evaluation, they essentially put Orca in front of the security leadership at Google. Definitely, they’ve done their own very deep due diligence as part of that.”