Policybazaar has raised $75 million as the Indian online insurance platform looks to expand its presence in UAE and Middle East.

Sarbvir Singh, chief executive of PolicyBazaar, told TechCrunch that the startup had raised $75 million, but didn’t elaborate. Falcon Edge Capital led the new tranche of investment in the Indian startup, which has raised about $630 million to date, according to research firm Tracxn.

The 12-year-old startup, which counts SoftBank Group’s Vision Fund and Tiger Global among its investors, is among a handful of startups that is attempting to upend India’s insurance market, which is largely commanded by state and bank-backed insurers.

Policybazaar serves as an aggregator that allows users to compare and buy policies — across categories including life, health, travel, auto, and property — from dozens of insurers on its website without having to go through conventional agents. 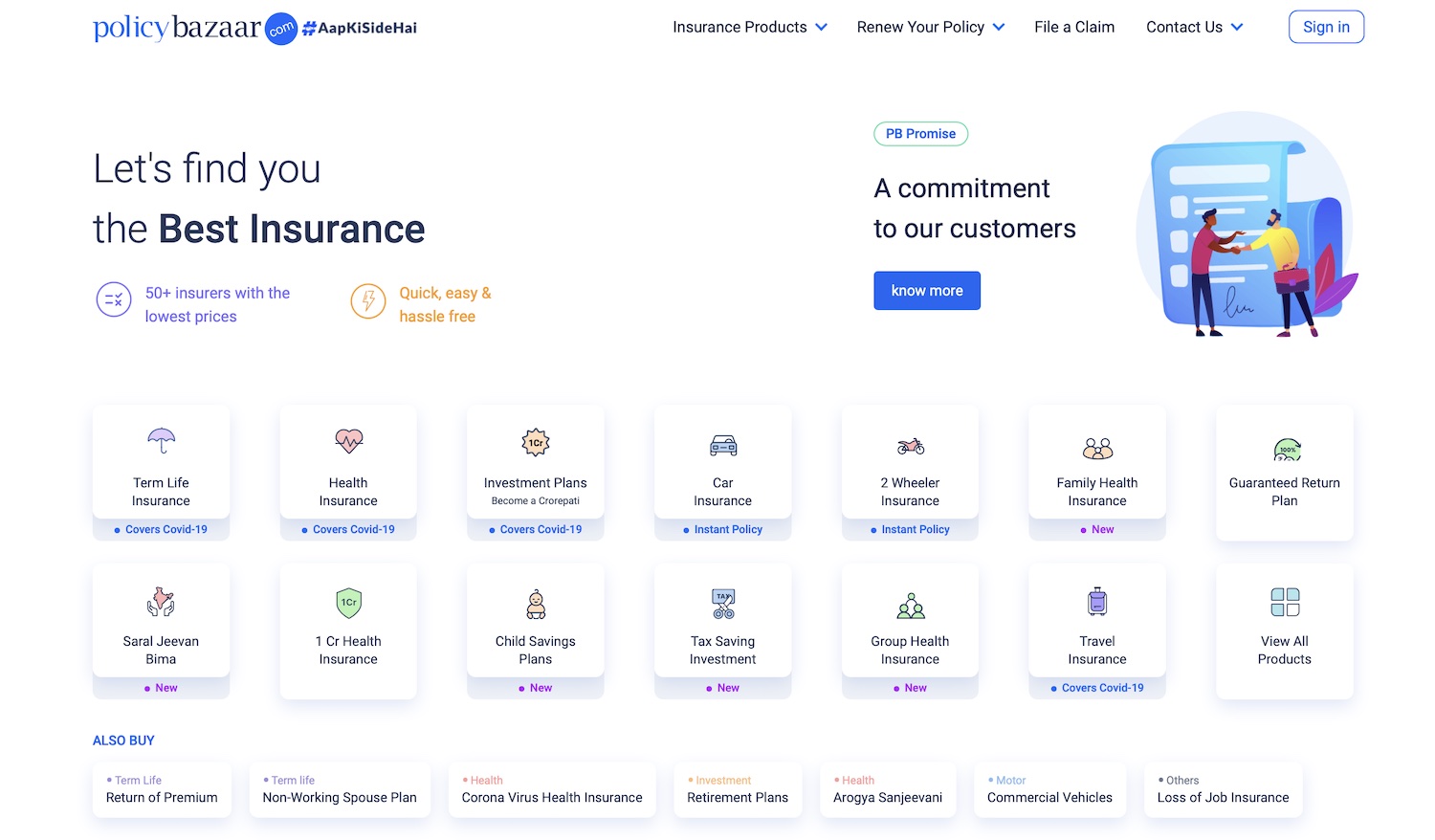 In India only a fraction of the nation’s 1.3 billion people currently have access to insurance and some analysts say that digital firms could prove crucial in bringing these services to the masses. According to rating agency ICRA, insurance products had reached less than 3% of the population as of 2017.

An average Indian makes about $2,100 in a year, according to World Bank. ICRA estimated that of those Indians who had purchased an insurance product, they were spending less than $50 on it in 2017.

In a recent report, analysts at Bernstein estimated that Policybazaar commands 90% of share in the online insurance distribution market. The platform also sells loans, credit cards, and mutual funds. The startup says it sells over a million policies a month.

“India has an under-penetrated insurance market. Within the under-penetrated landscape, digital distribution through web-aggregators like Policybazaar forms <1% of the industry. This offers a large headroom for growth,” Bernstein analysts wrote to clients.

The startup, which is working on an initial public offering slated for next year, said it will use the fresh investment to expand its presence across the UAE and Middle East regions.

“PolicyBazaar has shown stellar innovation, execution, and relentlessness in establishing itself as the market leader in online insurance aggregation in India. We believe the playbook it has established over the last 10 years in being the most efficient sales channel for insurance manufacturers, can act as a catalyst to gain market leadership in the GCC,” said Navroz Udwadia, co-founder of Falcon Edge Capital, in a statement.