OctoML, a Seattle-based startup that offers a machine learning acceleration platform build on top of the open-source Apache TVM compiler framework project, today announced that it has raised a $28 million Series B funding round led by Addition Captial. Previous investors Madrona Venture Group and Amplify Partners also participated in this round, which brings the company’s total funding to $47 million. The company last raised in April 2020, when it announced its $15 million Series A round led by Amplify.

The promise of OctoML is that developers can bring their models to its platform and the service will automatically optimize that model’s performance for any given cloud or edge device. The founding team created the TVM project, which

As Brazil-born OctoML co-founder and CEO Luis Ceze told me, since raising its Series A round, the company started onboarding some early adopters to its ‘Octomizer’ SaaS platform. 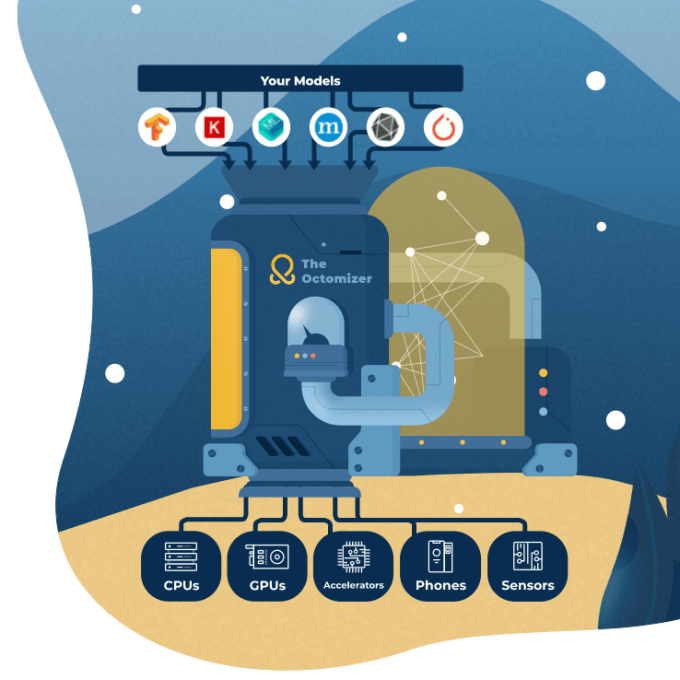 “It’s still in early access, but we are we have close to 1,000 early access sign-ups on the waitlist,” Ceze said. “That was a pretty strong signal for us to end up taking this [funding]. The Series B was pre-emptive. We were planning on starting to raise money right about now. We had barely started spending our Series A money — we still had a lot of that left. But since we saw this growth and we had more paying customers than we anticipated, there were a lot of signals like, ‘hey, now we can accelerate the go-to-market machinery, build a customer success team and continue expanding the engineering team to build new features.”

Ceze tells me that the team also saw strong growth signals in the overall community around the TVM project (with about 1,000 people attending its virtual conference last year). As for its customer base (and companies on its waitlist), Ceze says it represents a wide range of verticals that range from defense contractors to financial services and life science companies, automotive firms and startups in a variety of fields.

The company has also formed partnerships with industry heavyweights like Microsoft (which is also a customer), Qualcomm, AMD and Sony to build out the open-source components and optimize its service for an even wider range of models (and larger ones, too).

On the engineering side, Ceze tells me that the team is looking at not just optimizing and tuning models but also the training process. Training ML models can quickly become costly and any service that can speed up that process leads to direct savings for its users — which in turn makes OctoML an easier sell. The plan here, Ceze tells me, is to offer an end-to-end solution where people can optimize their ML training and the resulting models and then push their models out to their preferred platform. Right now, its users still have to take the artifact that the Octomizer creates and deploy that themselves, but deployment support is on OctoML’s roadmap.

“When we first met Luis and the OctoML team, we knew they were poised to transform the way ML teams deploy their machine learning models,” said Lee Fixel, founder of Addition. “They have the vision, the talent and the technology to drive ML transformation across every major enterprise. They launched Octomizer six months ago and it’s already becoming the go-to solution developers and data scientists use to maximize ML model performance. We look forward to supporting the company’s continued growth.”