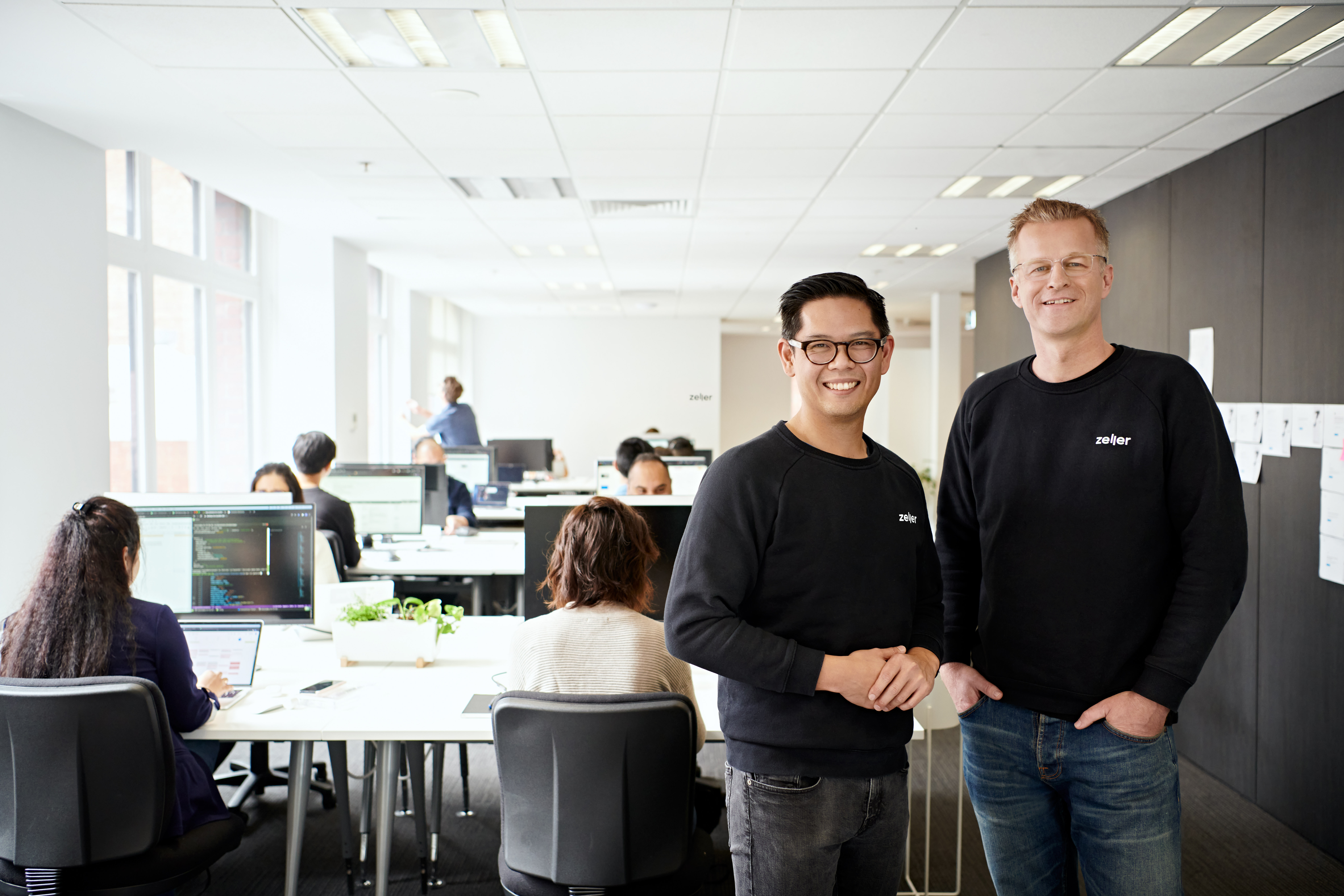 Zeller, a payment and financial services startup founded by former Square executives, quietly raised a $25 million AUD (about $19.4 million USD) Series A last year, it announced today. The funding was led by Addition, the investment firm founded by former Tiger Global partner Lee Fixel, and included participation from returning investors Square Peg and Apex Capital. The Melbourne-based company said this is one of Australia’s largest pre-launch Series A rounds ever.

The startup previously raised a $6.3 million AUD (USD $4.9 million) seed round in June 2020. Zeller was was founded last year by Ben Pfisterer, Square’s former Asia Pacific and Australia head, and Dominic Yap, its strategy and growth lead. It has made 38 new hires over the past six months, growing its team to 50 people.

The funding will be used to grow Zeller’s product development and engineering capabilities, marketing and sales, and customer support teams as it prepares for its launch. A date hasn’t been set yet, but chief executive officer Pfisterer told TechCrunch it is “imminent.”

Zeller will offer a fully-integrated payments and financial services solution designed for small- to medium-sized businesses that currently rely on multiple providers for their payment terminals, point of sale systems, e-commerce payments, transaction accounts and credit cards. Zeller’s software is combined with a payment terminal, transaction account and business Mastercard, and intended to make it easier for businesses to accept and send payments, access funds and manage their finances. Zeller will have no lock-in contracts and one low fee for card payments.

“We don’t underestimate the challenges that come with scaling a new brand in an area dominated by entrenched banking incumbents, yet the opportunity is incredibly exciting,” said Pfisterer. “The industry experience our team has built up over the years means that we are well aware of the pain points business owners face when getting set up with a new banking or financial services provider.”

He added that despite the growth of e-commerce, about two-thirds of transactions are still processed in person. Zeller’s “sweet spot” is currently businesses that process up to $10 million AUD annually, mostly in face-to-face transactions.

“They may be sole traders or employ a team, may operate across one or multiple locations and come from a variety of verticals including retail, hospitality, fixed or mobile services, events, trades and many more,” said Pfisterer. He estimated that Zeller’s market opportunity in Australia includes just under 1.5 million merchants, and it is also designed to be scalable into other markets.

Other payment and financial services companies in Australia include Square, eWAY, PayPal, Ayden and Stripe.

Pfisterer said eWAY, Stripe and Adyen tend to focus on e-commerce payment processing, “yet this is just one element of what business owners need to manage their cash flow.” Most still need to accept in-person payments, which means going to a traditional bank for a merchant terminal and account. On the other hand, PayPal and Square focus mainly on micro-merchants. “The growing pains kick in when a business starts to expand and demands a wider variety of services.”

Zeller already has plans to introduce new payment and financial services products, and integrations with tools like point-of-sale and accounting software, to scale up with businesses as they grow, he added.