Deep tech. Hard tech. Or, as The Engine dubs it, Tough Tech.

Venture investing today is essentially identical to what happens on Wall Street, focused on data rooms, spreadsheets, SaaS churn models and cohort analysis. Yet, the history of venture capital firms is heavily interwoven with universities and their research. Some of the most famous VC funds like Kleiner Perkins got their start funding compelling research projects out of laboratories and financing their commercialization toward scale.

Technical risk is something many VCs like to avoid, but The Engine has built an entire brand and thesis around it. Centered around Kendall Square and the broader MIT ecosystem, The Engine debuted a couple of years ago with a focus on “tough tech” problems that are perhaps a touch too early for other VCs. That’s led to investments in companies like Boston Metal, which builds environmentally-friendly steel alloys, WoHo, which is rethinking modular building construction that we profiled last week, and Commonwealth Fusion Systems, which is developing fusion power.

Indeed, the firm’s portfolio page has to be one of the most interesting in the industry today.

The good news is that the firm’s ambitious funding strategy looks set to continue. It announced this morning that it has raised $230 million toward the firm’s second fund, which on top of the firm’s first fund brings it to a total of $435 million under management. In a press statement, the firm said that it has funded 27 portfolio companies out of its first fund. While MIT continues to be the anchor LP, Harvard joined for Fund 2, creating a cross-Cambridge, MA venture platform.

Katie Rae remains CEO and managing partner of the fund, and her team has expanded over the past few years as the firm has scaled up. 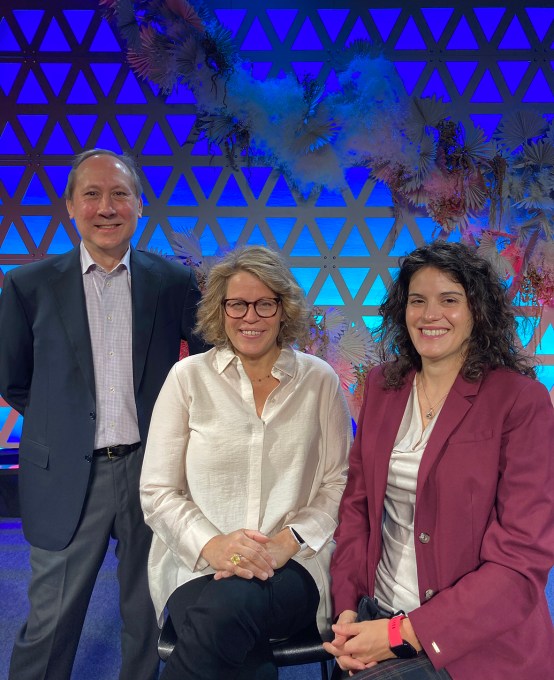 The Engine’s Reed Sturtevant, Katie Rae, and Ann DeWitt prepare for the Tough Tech Summit today. Photo via The Engine.

One interesting point that we haven’t noted previously is that MIT is building The Engine a 200,000 square foot building near its campus that will offer massive space for startups and portfolio companies to start and grow over time. That building is expected to open in 2022, hopefully when this whole pandemic situation allows for in-office collaboration again.

Boston has become something of a hub for deeper technical projects. Local startup Desktop Metal, which builds 3D printers that can print metal, is going through a SPAC process that values the company at roughly $2.5 billion. With this latest news from The Engine, it seems clear that Boston’s tough tech ecosystem will continue to have a pipeline of interesting and compelling companies.