“Helping navigate the elusiveness of product market fit” is how Sanjiv Sanghavi, the co-founder of ClassPass and itinerant startup executive, describes his roles at different companies.

From ClassPass through Knotel, Sanghavi has shepherded several businesses to growth and over a billion dollars in valuations; now he’s looking to bring that branding and marketing savvy to the world of renewable energy as the new chief product officer at Arcadia. 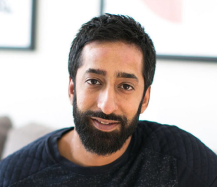 “We founded Arcadia to aggregate the power of consumer demand to fight climate change,” said Kiran Bhatraju, the founder and chief executive at Arcadia, in a statement. “Sanjiv’s deep knowledge of creating and building engaging consumer products will be crucial in the coming years to help us continue to build a world-class home energy experience that people love, and the planet needs.”

Sanghavi will be integral to Arcadia’s expansion into the northeast as it looks to grow its footprint across the United States.

Over the past six months Arcadia has steadily built out its presence across the Atlantic seaboard as it staffs its New York office. The company is actively hiring, and recently added a senior vice president of design, Josh Abrams, who previously worked at DoorDash, WeWork and PayPal.

“I was drawn to Arcadia because of its lasting power; I wanted to build something that would make an impact for generations,” said Sanghavi. “I believe that what Arcadia is doing is astounding — we’re building a bridge from the people who are generating renewable energy to those who want to do something good.”

The company has raised $70 million to date, according to Crunchbase, from investors including G2VP, BoxGroup, Wonder Ventures and Energy Impact Partners.